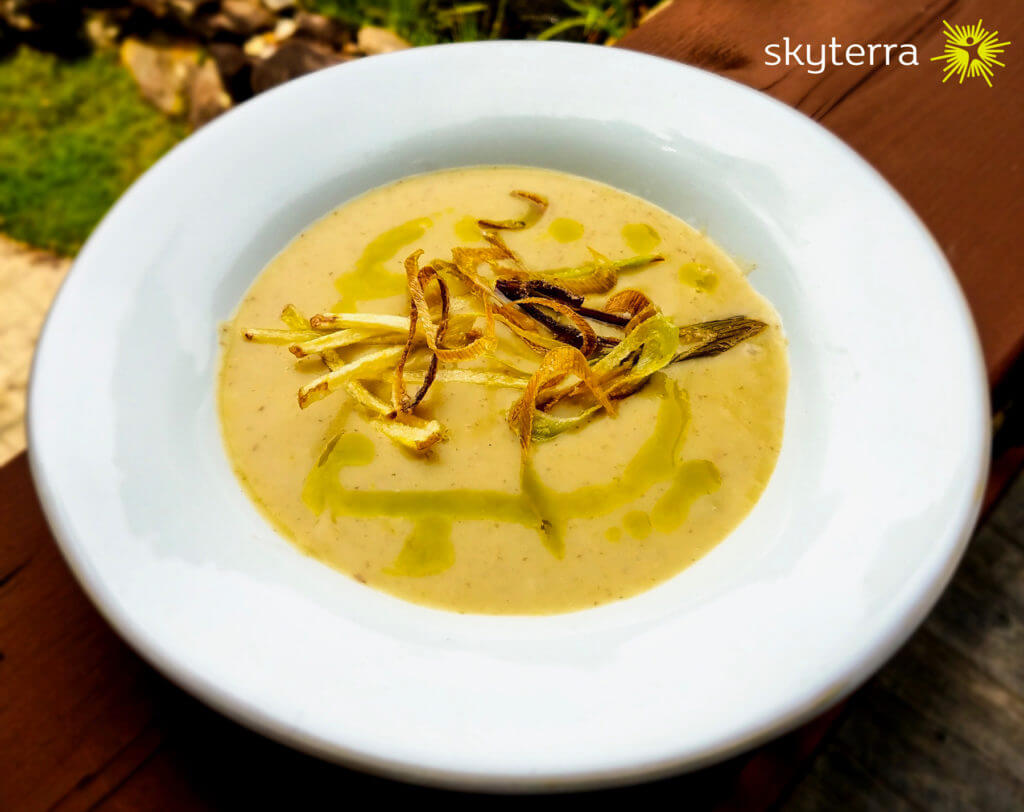 We're big soup fans here at Skyterra, and we're coming into peak soup weather! There are so many ways to make soup flavorful, healthy, and comforting. When visitors try Chef Michael's creamy soups, they're often astounded to discover they're vegan. For example, this rich-tasting potato leek soup recipe is gluten-free, dairy-free, and has only six ingredients. The trick? Blending it to velvety-smoothness.

If you don't have an immersion blender, you can achieve similar results with a regular blender. You'll just need to proceed slowly and carefully, taking a few precautions to prevent hot soup from making a mess in your kitchen. 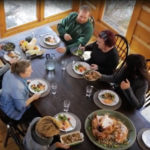 If you're using a countertop blender, blend the potato mixture in small batches at a time. Do not fill the pitcher more than halfway. When you put the lid on, remove the center portion – this prevents steam from building up and causing a mini-explosion. While blending, place a dish towel on top of the opening to prevent splatters while still allowing steam to escape.

Do you have healthy eating or cooking questions? Reach out to us on Facebook – your question could be featured next.

If you enjoyed this potato leek soup recipe, you may also enjoy these other seasonal food resources: